James Marshall and Sharry Edwards – Medicine of the Future

Sharry Edwards is a legend in the field of BioAcoustics, sound healing, and the movement towards health independence. Sharry and James will be discussing a number of fascinating topics from her groundbreaking voice analysis software used to detect lying, to healing yourself with your own voice.

Then, James will share with us his first hand experiences in the paranormal.

James Marshall is an accomplished actor, author, artist and musician.He is most known for playing the moody, biker boyfriend of Laura Palmer in the TV series, “Twin Peaks”. By early 1990 his career took a turn onto the silver screen with an appearance in the movie “Cadence”, starring Martin Sheen and Charlie Sheen.

Also, the song “Just You”, written by David Lynch and was performed by James, Lara Flynn Boyle, and Sheryl Lee. It originally appeared in Episode 9 and later in Part 13 of the 2017 series. 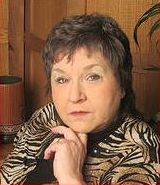 Sharry Edwards has the ability to provide an extraordinary glimpse into the medicine of the future through the use of Vocal Profiling and individuated Sound Presentation. Her curiosity and her need to make a difference in the world led her to develop a scientific format for computational biology via the sounds of the human voice. Sharry calls this new field of discovery Sonistry. Just as there is a system of basic elements that we call, chemistry, there is a basic set of sound frequencies that can monitor, predict and manage biological function. String theory found a basis for the existence of our DNA blueprint; Sonistry deals with the frequency signals that manage RNA.

Sharry is the acknowledged pioneer and recognized leader of the emerging field of Human BioAcoustic Vocal Profiling. Her work has been the subject of several documentaries and she is the recipient of the Scientist of the year award by the New Frontiers of Science. She is a faculty emeritus of the Capital University of Integrative Medicine. Her work appears in many books and publications.