Paul Ascough will discuss a multitude of subjects from UFO abductions to the paranormal including his own personal experiences. He will talk about how these strange encounters can overlap and intrude into our daily lives.

Paul Ascough lived in Yorkshire all his life and attended college as a Nurse Cadet with a SRN training, then an Occupational Nurse for the National Coal Board. He joined the British Army as an infantry medic, rising to the dizzy heights of Staff Sergeant and seeing service in many countries, both as a regular soldier and in the Territorial Army. He was also a Paramedic in ‘God’s own country’ of Yorkshire until his recent retirement. Paul is currently an author and has been an investigator in the phenomenon of UFOs and the paranormal for over 50 years.

Douglas Wellman and John Byner – The Man of 1,000 Voices

Legendary actor, comedian and impressionist John Byner joins us along with Douglas Wellman, who authored a book on Byner’s life and career. Then in Hour 2, Doug will continue with us to discuss the compelling true story Surviving Hiroshima. 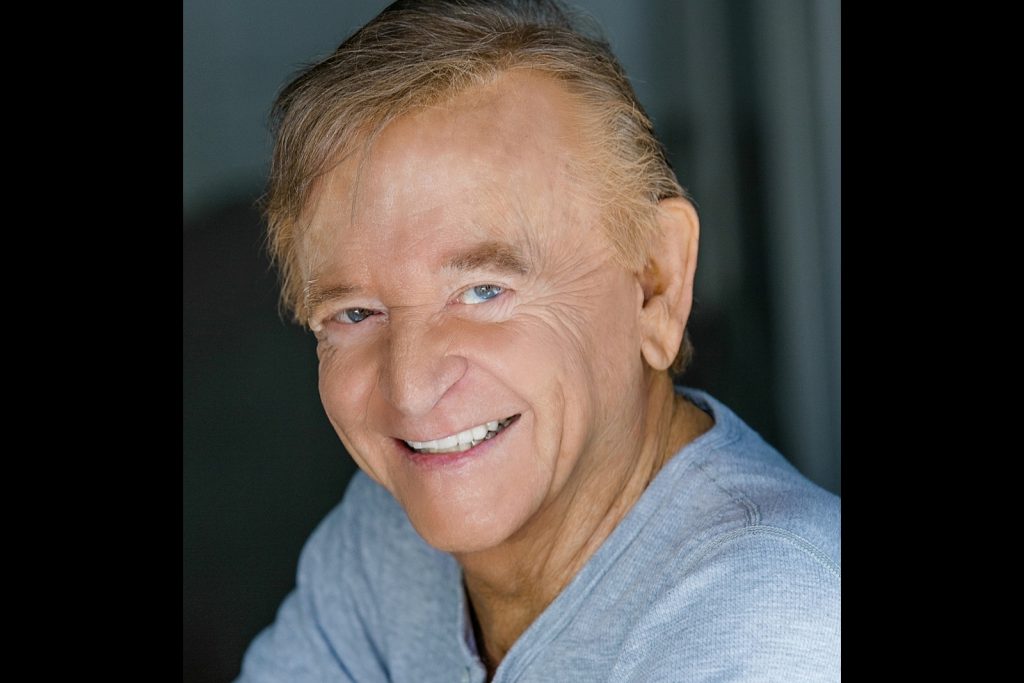 The proud owner of tons of dialects and hundreds of uncanny impersonations, the short (5’7″), slight, deadpan, rubber-faced, fair-haired funnyman John Byner is the forerunner to such latter-day gifted comic impressionists as Dana Carvey, Frank Caliendo and Jim Carrey. Byner’s spot-on impressions have run the entertainment and historical gamut – from John Wayne, Ed Sullivan, Walter Brennan and George Jessel to U.S. Presidents Richard Nixon and Lyndon Johnson. As icing on the cake, he hilariously unleashed over-done singing vocals to such stylists as Johnny Mathis and Dean Martin. At his heyday in the late 60s and early 70s, John and Rich Little were the cream of the mimicking crop – he is deservedly recognized as the “Men of 1,000 Impressions.” 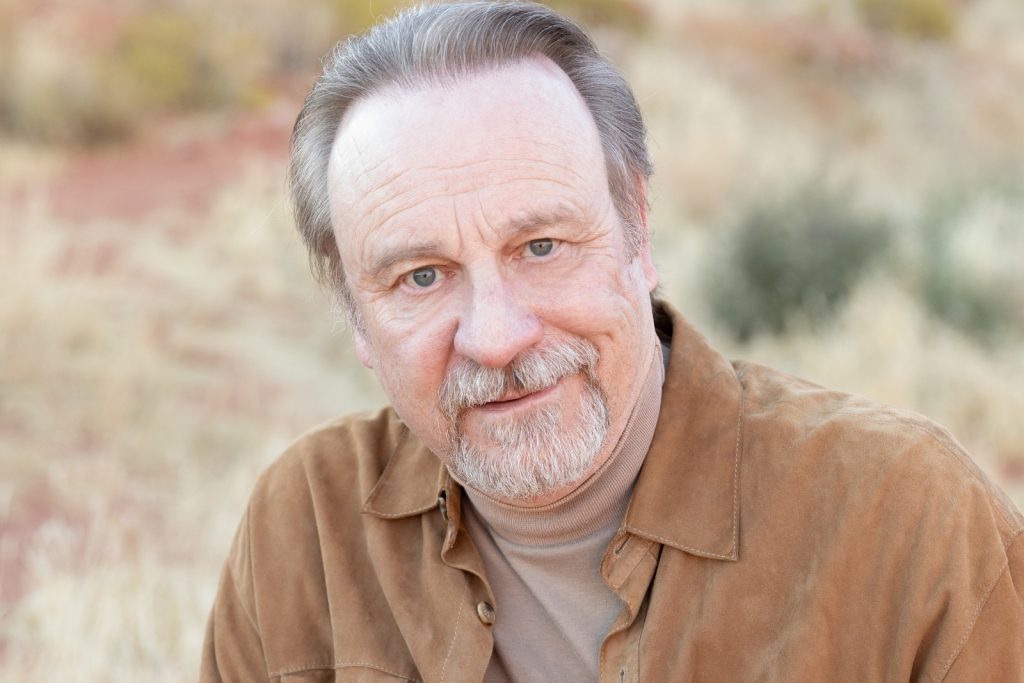 Douglas Wellman was born and raised in Minneapolis, Minnesota and studied television broadcasting at the University of Minnesota. After working at television stations in Minneapolis-St. Paul, he moved to Los Angeles where he had a 35-year career as an award-winning television producer-director. He worked primarily in comedy on shows such as The Facts of Life, Gimme a Break, Comic Strip Live, An Evening at the Improv and Comedy on the Road. Concurrent with the last 17 years of his career, he taught sitcom production at the University of Southern California School of Cinematic Arts and also served as Assistant Dean at that school.

Leela Hutchison takes us on a journey like none other, into an underground alien world right here on Planet Earth. The mysterious giant Selenite crystals of Naica are now known to be the largest crystals discovered. She will discuss why this magical crystal palace has drawn researchers and scientists from around the world to study these giants. This place is considered one of the most hostile environments on earth where a human can die in less than 30 minutes.

Leela Hutchison is a Graduate Gemologist, explorer, researcher and author of the giant selenite crystals of Mexico. She is the first American woman to explore the deadly crystal caves of Naica, Chihuahua, Mexico seven years earlier than teams brought in by National Geographic or NASA in 2008. Born in El Paso, Texas, she spent her summers exploring near White Sands Missile Range and Roswell and the Sierra Blanca mountains of New Mexico. She is an avid hiker of the southwest deserts in the U.S. Her research and rare first images to come out of the initial exploration of the giant crystal caves has been presented in cities of the U.S., Mexico and Europe. Leela has also been interviewed on several radio shows including an interview with Mexico’s top leading Ufologist, Jaime Maussan, in Mexico City.

TO ORDER HER BOOK:
https://www.facebook.com/LeelaHutchisonG.G

In Episode 114, Nick and Wesley head back to the MCU Rewatch Vault to discuss the first installment of Phase 3, Captain America: Civil War. What was the most rewatchable scene? Who won the movie? What aged the worst?

Before that, they discuss The Falcon & The Winter Soldier S1:E5, the first trailer for Shang-Chi & the Legend of the 10 Rings, Invincible S1:E5, and NFTs in the comic book world. Nick has you covered with all the latest trades & issues in his Comic Book Minute. They close the show with the Discharge Depot.

Wesley Sykes & Nick Friar are friends who have a lot of the same interests. Except they have two very different points of view on things like movies, TV, and comics.

Change My Mind is a debate-format podcast dedicated to the things we love one argument at a time.

“DON’T PICK UP THAT PHONE…”

Mack, Coco, Switchy & Raven talk to video game producer/internet expert Greg Masto about the Top Ten Places not to go on the Internet.

Switch reports on five creepy instances where people have received phone calls from the dead.

Also a disturbing visit from Dribbles the Clown.

Philip Jett discusses one of the most fascinating, factual crime investigations since Patty Hearst. On April 29, 1992, Exxon International President Sidney J. Reso was abducted when he left for the office. No one saw or heard anything. So what happened?

Philip Jett is a former corporate attorney who represented corporations, hospitals, CEOs, and celebrities from the music, television, and sports industries. His debut nonfiction book The Death of an Heir was named one of the best true-crime stories that year by the New York Times. Jett lives in Nashville, Tennessee.

The Death of an Heir: Adolph Coors III and the Murder That Rocked an American Brewing Dynasty

Taking Mr. Exxon: The Kidnapping of an Oil Giant’s President

Richard Estep discusses the minds, methods and mayhem of history’s most notorious murderers.

Richard Estep has been a paranormal investigator for the past 25 years, researching supposedly haunted locations on both sides of the Atlantic. He has written some 14 books on the subject of paranormal nonfiction and writes a regular column for Haunted Magazine. A number of his cases have been featured on the TV show Haunted Case Files. Richard appears regularly on the TV shows Haunted Hospitals and Paranormal 911. When not writing, he serves as a paramedic in Boulder, Colorado.

Serial Killers: The Minds, Methods, and Mayhem of History’s Most Notorious Murderers

The Horrors of Fox Hollow Farm: Unraveling the History
Hauntings of a Serial Killer’s Home

Gacy’s Ghost: Hunting the Spirit of a Serial Killer

John Olsen – Into the Strange